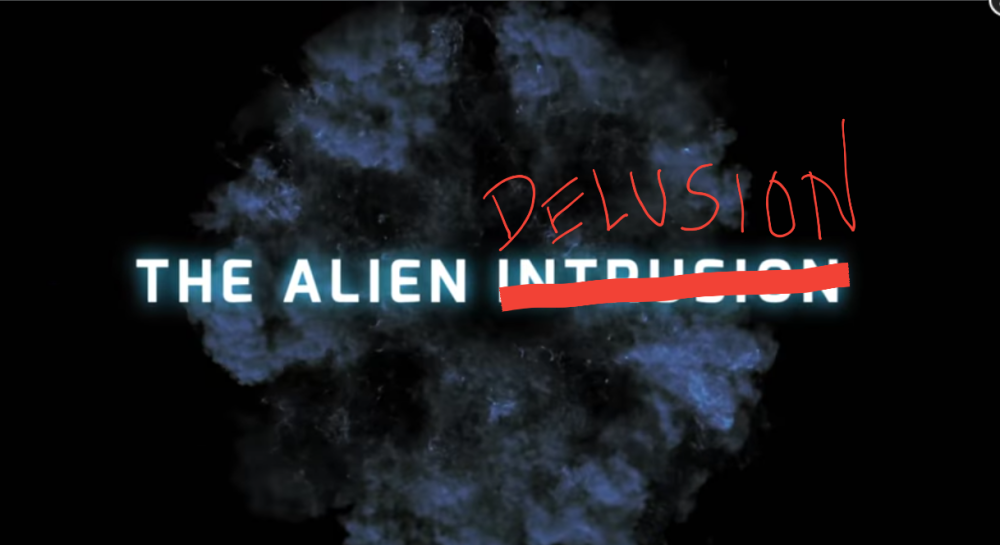 It has just come to my attention that a film adaptation of Dr. Gary Bates’ Amazon bestseller Alien Intrusion is in the works, due to be released Christmas 2017.

This is NOT good news.

As I demonstrated in Strangers and Aliens, Gary Bates’ book is a bastion of anti-alien fear-mongering supported by bad Biblical arguments and logical fallacies. The fact that my book shows why the UFO phenomenon is irrelevant to the question of extraterrestrial life and [even worse!] then has the added audacity to show why the discovery of extraterrestrial life would not undermine Christian theology has made it the Most Hated Book in Creationism.

The fact that Bates’ position on exotheology and Ufology has become widely accepted  (and will doubtlessly become more so after this documentary becomes available) evidences a bigger problem within Christianity: we have so wed ourselves to an anthropocentric cosmology that we are to wink at the fallacies we use to prop up this anti-alien worldview.

We strain at gnats and swallow camels for the sake of pat answers. Pat answers come in the form of the “Aliens are demonic” shtick. It allows us to generalize the UFO phenomenon and the search for aliens life within a quasi-religious Christianized framework. It adds an intriguing dimension to proposed End Times Bible Prophecy questions. It sells books. No one cares that it’s built on bad logic and worse Biblical interpretation.

Creation Ministries International is asking for your financial assistance to finish this project under the auspices that it is helping to deliver people from UFO culture beliefs that are allegedly built on evolutionary premises (inarguably the weakest part of his argument and briefest section of his book despite the subtitle suggesting an Evolution Connection); however, in its embrace of the idea that the UFO phenomenon is 100% demonic, it does grave disservice to the truth. Far more mundane explanations account for the majority of the phenomenon and Bates’ glosses over psychological explanations in favor of demonic manifestations and influences.

My fears are not unfounded. At the end of the documentary’s trailer Pastor Johnny Hunt, former President of the Southern Baptist Convention, says:

“Cause it’s one thing to just deny. It’s another thing to say, We really understand what you’re saying and we really believe you had an experience, but HERE’S GOD’S TAKE.” [emphasis mine]

That is a dangerously irresponsible position to take precisely because some of these experiences aren’t valid. Rather they are the product of mental illnesses, epileptic hallucination and other psychological causes. In saying, Hey, your experience was real but it was really demonic, we go back to the bad old days of equating mental illness with demonic possession. In fact, in many cases you’re telling folks who are only suffering from sleep paralysis that they’re actually being assaulted by demons!

Here’s the truth if the matter: the Bible is silent on the subject of extraterrestrial life. It is unwise to make dogmatic statements where the Bible is silent. Especially when the “Biblical principles” you invoke to support your claims are based on logical fallacies.

Here’s a better use of your money. For just $11 plus tax, you can buy both books on Kindle and compare the arguments for yourself. Strangers and Aliens will only cost you a dollar of that combined total. If you prefer a paperback, you can pick up Alien Intrusion for $14.99 and my book for $12.99.

It’s worth your money to discover the truth.