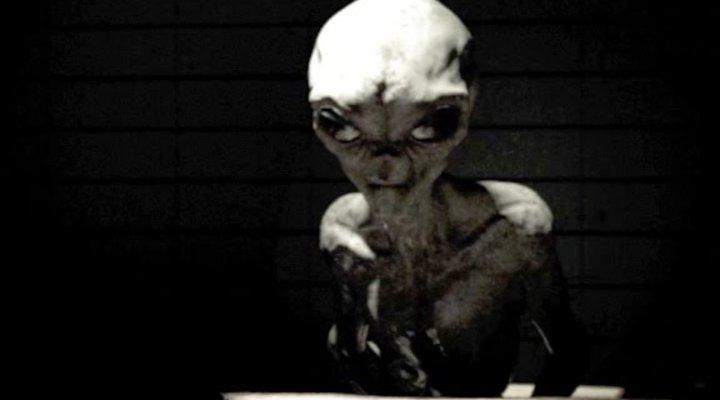 ​The short answer to the question is No and Sometimes.

While there were some in the Contactee movement of the 1950s and 60s who described aliens as technological angels, and even some today who ascribe to an Ancient Astronaut theory that all historical mentions of angels, gods and demigods were in actuality pre-scientific encounters with extraterrestrials (which is kind of the premise of Marvel’s Thor), there is actual a couple of big differences between angels and extraterrestrial biological entities (EBEs). Three big differences include:

[1] While angels can take on a physical form, they are spiritual in nature. Aliens are supposed to be biological.

[2] Aliens are supposed to come from a planet somewhere, but the first habitation of angels appears to be what the Bible calls the Third Heaven, which is actually beyond space-time.

[3] Presumably, aliens are born and produce offspring because, you know, biological. Angels are immortal and the Bible suggests that, as such, they have no need to procreate.

So while angels are technically extraterrestrials in that they do not come from Earth, they are not EBEs, or aliens in the traditional sense of the word.

Now, there are some Christians who will tell you that the UFO phenomenon is demonic and that the entities masquerading as angels are fallen angels. They generally give three interconnected reasons for this.

[1] The prohibitive nature of space travel makes it unlikely that the Earth is actually being visited by aliens.

[2] The alien craft can materialize and dematerialize at will and defy the laws of physics, while the aliens communicate via telepathy, making the ultraterrestrial (i.e., supernatural) theory seem more plausible than the extraterrestrial theory.

[3] The aliens’ methods are traumatic and deceptive, often including truth claims which contradict Christianity, making them appear to have much in common with demonological phenomenon. Also the entities are often contacted via mediums which is forbidden as witchcraft in the Bible.

While it is true that some aspects of the UFO phenomenon would meet this three-fold test, it is unlikely that the phenomenon is largely demonic in nature. In fact, if the principle of mediocrity holds, just as miracles account for a presumed minority of post-Flood phenomenon when studying the natural world (the promise  of the uniformity of nature was given after the Creation, Fall and Flood [Gen 8:22]), we should probably also expect that the supernatural should account for a minority of the UFO puzzle.

So how do we account for traumatic abductions and anti-Christian messages in the UFO phenomenon? A number of natural explanations come to mind. Hallucinations, vivid dreams, and people making stuff up account for some of it. we also note that the majority of abduction  experiences are recalled through the dubiously subjective means of hypnosis. Studies show that memories revealed through hypnosis can seem real to the subject even when the memories are demonstrably false.

As for the fact that many abductees and contactees claim that the aliens taught them things that directly contradicted traditional Christian doctrine, we ask how one can know we are hearing the doctrine of Devils or simply heresy and false doctrine made up by men? Just because somebody tells us their heresy came from the telepathic mouth of an alien doesn’t mean it did. Yes, some communicate with “space intelligences” through mediums, making the chance of actual supernatural involvement greater, but for a lot of experiencers these “telepathic” communications seem to be all in one’s head. In fact, some occur while the subject is in a trance which, given the additional testimony of strange smells, might indicate an epileptic hallucination. Even those claiming contact through mediums have outright charlatans and fakers in their number. Painting the phenomenon with a wide brush as demonic, much less accepting all claims of contact uncritically as genuine, is either credulous or lazy-minded.

Of course, someone may object here that there is a fourth reason why some think aliens are really just fallen angels in disguise:

[4] Alien abduction experiences can be stopped cold by calling upon the name of Jesus.

I will admit that, at first glance, this is a pretty powerful argument for the possibility that some abduction experiences are demonic in nature; however, to be fair, I have to ask: Does Jesus only have power over demons? Would the name of Jesus not also be effective at stopping a nightmare or hallucination? My point is that just because alleged alien abductions can be stopped at the name of Jesus doesn’t necessarily mean they are demonic in nature. It does mean they aren’t likely to be extraterrestrial.

It should also be pointed out that the name of Jesus isn’t the only way to stop one of these experiences. Apparently, resistance and willpower are just as effective, which suggests that it’s more like breaking free from any bad dream.

If the principle of mediocrity holds, most of these “alien abductions” are nightmares, hallucinations and hypnosis-induced fantasies. This doesn’t make them any less traumatic or any less subject to the power of Christ.

In the end, we should also be careful to note, as I did in my book on exotheology, Strangers and Aliens, that the UFO phenomenon of which the alleged contactee and abductee tales are a part have nothing to do with the larger question of whether EBEs exist. It is tempting for some Christians to paint the UFO phenomenon with a wide brush as a demonic deception, and then to toss out the extraterrestrial baby with the saucerian bathwater, but that is simplistic on both counts. CS Lewis famously warned through his fictional Screw tape Letters that the two great errors we can make with the devil is to ignore him or overemphasize him.

That so-called alien abduction experiences are subject to the power of the name of Jesus should be cause for rejoicing; however, we should be careful not to give the Devil more than his due.